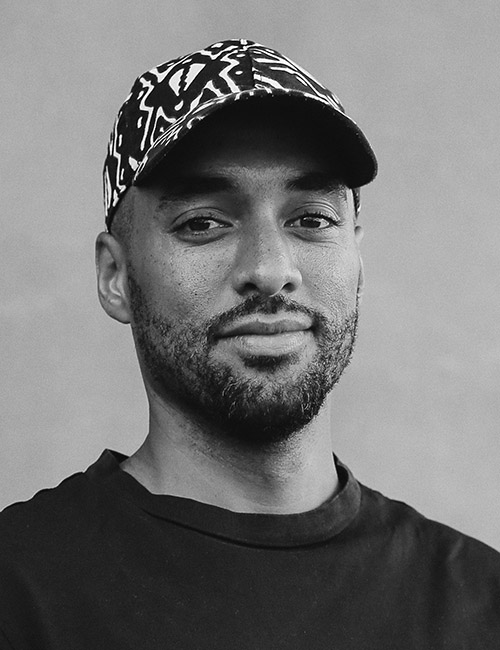 Welcome to my habitat

Thank you for taking the time to explore my thoughts, life and work, especially on these moving days.
Whoever you are, wherever you are, this means much to me.

This is my story:

I was born in a hospital in Kumasi / Ghana on the 28th of August 1979. The hospital is called Komfo Anokye hospital, a sacred place for the Ashanti people since this was the soil where the powerful Komfo Anokye dug his Sword deep into the ground to mark the beginning of a new Kingdom - The Asante Kingdom. I didn't pay much attention to this fact in my early years. Still, the tales of Komfo Anokye, Osei Tutu I. (the first Ashanti King) and princess Yaa Asantewaa (following Princess of the Ashanti) have been the first superhero stories I have listened to, and they have manifested deep within me while growing up.
After experiencing the military coup d'État in the early 80s, my parents, my sister and I moved to West Germany, where we lived in my grand parent's house in a small village surrounded by an untouched forest, where I spent a lot of time as a child. Experiencing the life, joy and struggle of the immigrated, scattered Ghanaian community in that area and cutting my path through the German education system was a meaningful experience. In my teenage years, skateboarding, drawing, and Hip Hop culture became to form a sanctuary for me, offering freedom and a creative playground as well as spaces to make friends. After high school and civil service, I studied Industrial Design to explore how ideas manifest into products. It was a revealing experience to learn about the workflow of Conception, Design and Manufacturing, but something was missing that I was still searching for. Instead of starting a career as an Industrial Designer, I felt the increasing pull toward Art to address essential personal questions that could only be answered through an in-depth artistic examination. I had the chance to study at the Academy of Media Arts in Cologne and used this time to explore all sorts of media that the Academy had to offer before I finally graduated in 2008 with drawings and digital paintings for a speculative Science-Fiction sequel of the story of Komfo Anokye and Yaa Asantewa that still resonated within my mind and needed to be continued. Following graduation, I developed a street-proven stencil technique which I combined with painting and serigraphy, which merged into a series named "Polymorphosis" and led to my first solo exhibition at the Gallery "Art of Buna". Within the following years, I have worked heavily with computer-generated lighting and rendering methods to create images and animations. These studies fueled the "Into the Light" series exhibited at the Chale Wote Festival in Accra, Ghana. Today I still experiment with 3D-Rendering and Animation. Still, the first and final stages of my painted pieces are usually crafted analogues to store my imprint as a human being deep into the DNA of the canvas and connect myself with the final medium during creation. Music was and still is an essential source of inspiration for my painting routine. I pay a lot of respect to my friends, who articulate their feelings and thoughts through an acoustic space.  Musicians like Mariama, Ade Bantu, Donia Touglo, Noah Sow, and Nikolai von Sallwitz are vibrant personalities with whom I had the opportunity to collaborate.
The collective experience of the diaspora, as well as a philosophy that I describe as "Sankofa", is a central part of my visual art. San-of-a is a prominent symbol and concept in the Akan tradition and part of the Adinkra symbolic canon and proverbs. Applied to my work is the nexus of past and future - a fountain of strength and precolonial self-awareness translated into present and future. It is all about shaping a collective future that shines bright if we are willing to assign shape and colour to it. Therefore I see my art as the sustainable fuel for a time machine that is ready to take off to explore this speculative but certain future - The Afrotopia of 2070.
Not only the visual content can be used as an instrument of decolonisation, but also the medium and location of exposure carry the potential of breaking through walls and barriers. That is why I love to set up events where media is used that can penetrate through fences, and glass-like Augmented Reality, Video-Projections or Wearables. The resulting freedom of exposition liberates the mind and carries through the community while charging the intimate process of painting and dreaming.

Feel free to connect on Instagram ﻿and stay healthy.