Art can be more than curated

One day I walked in a museum that claimed to offer a diverse and great scope of American art from 1650 to 1950. When I saw the exhibition I was shocked and angry. From about 100 artists there have less then a hand full of black or native american descend. Also noticably around 5 % of all the artist have been women. There is a lot of manipulation and exclusion when it comes to main stream news. But a modern day curation of art should act differently. Especial when it comes to America it is obvious that this continent consists of people immigrated freely or by force out of all continents. This continent contains many stories. Painful stories, dramatic stories and stories that remind us about the need for humanity. The stories that this museum presented to me has been a short sighted European settler story euphomizing the story of exploration forgetting to talk about the exploitation that happend within the last 450 years.
Art was (mis-)used to be the transmitter of a manipulated story that was sold as reality. I was very upset after comming out of the museum. Not only was it disrespectful towards all black and indeginous inhabitants that have paid a high price for the creation of America that exists today. I felt angry about how art was used as a token to prove a fantasy that was the sweet side of a coin. The bitter salty side was completely left out. Immediatly I had an idea - Why not using Augmented Reality to curate a different, contemporary look on America and responing on the artworks that have been presented as a status quo of historic American art?
Rebekka Macht, a friend of mine, shared my stance and wanted to add her view especially to the presentated role of women, since not only female painters have been almost missing but also the objectification of women was another thing that was very prominent in the selected works.
So the ARbotage was born. It was a response. A way to say that we, as artists can curate our own exhibition in any museum on this planet, any time. Rebekka and I have created almost 100 works using digital painting and collage techniques to speak with our own voice. Within a few weeks a free app was created and downloadable for the time of this special exhibition. This app replaced the given artworks with our own art and interpretation.
It felt liberal, boundless and lighthearted, and it was very special experience in our life to guide all the spectators through the musem presenting our work without an official invitation of the museum. We simple rearrangend and occupied the space and it felt great.
There was also one thing that asthonished me and made me think and happy. The response of the museum guards. In the beginning I thought that these part of staff will work against our activity with all force but the opposite was happening. One guard was so pleased about our initiative and open his heart to us and screamed out that he found the artworks of Mark Rothko as waste and overrated. He immediatly installed the ARbotage app and jumped happily through the exhibition. At our self-initiated finissage the wind flipped so that the head of security stopped our initiative with the reason that smartphone are not allowed in the exhibition.
So we continued to sit and chat outside of the Wallraf-Richartz-Museum enjoing the sunshine. 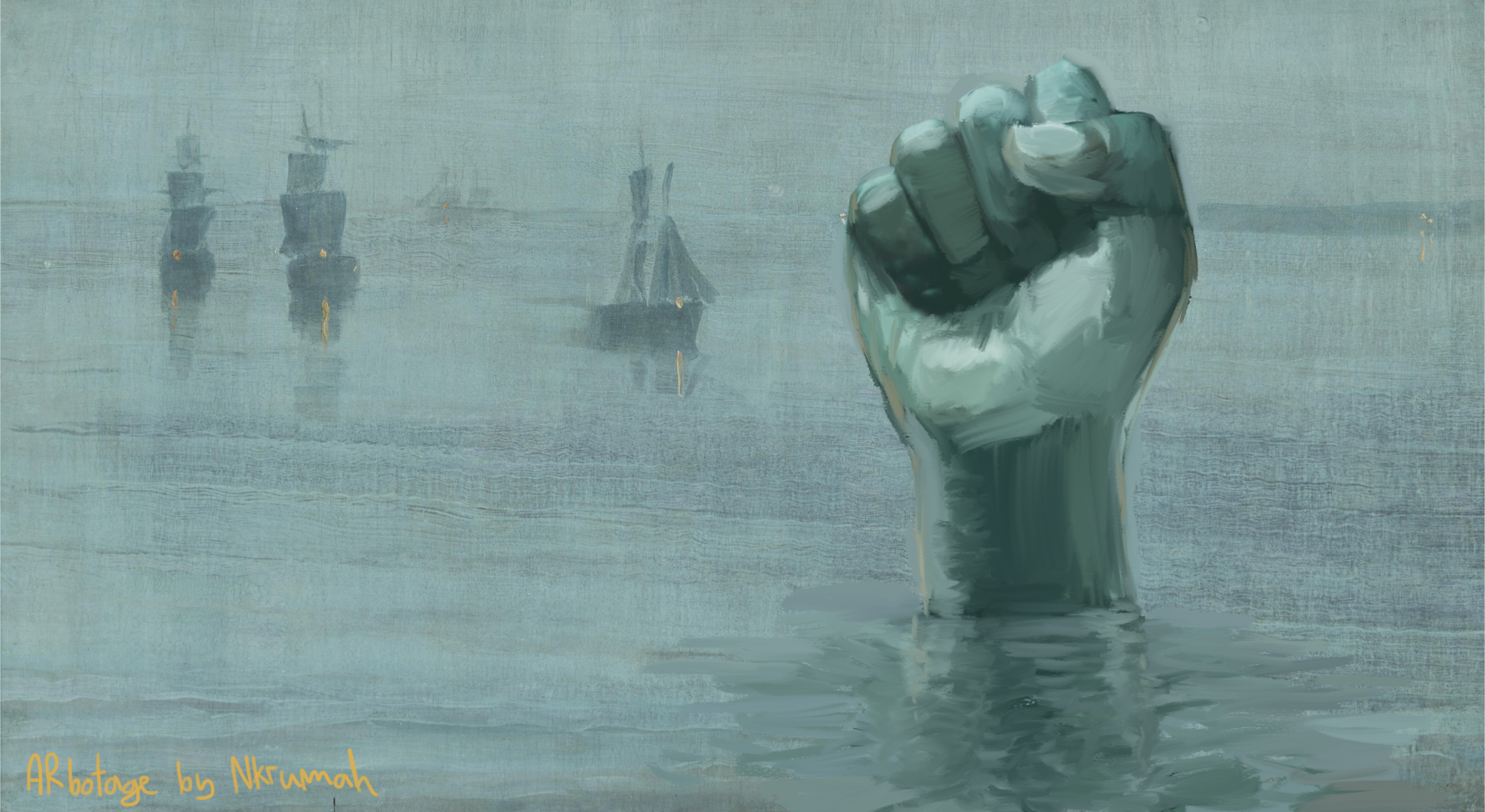 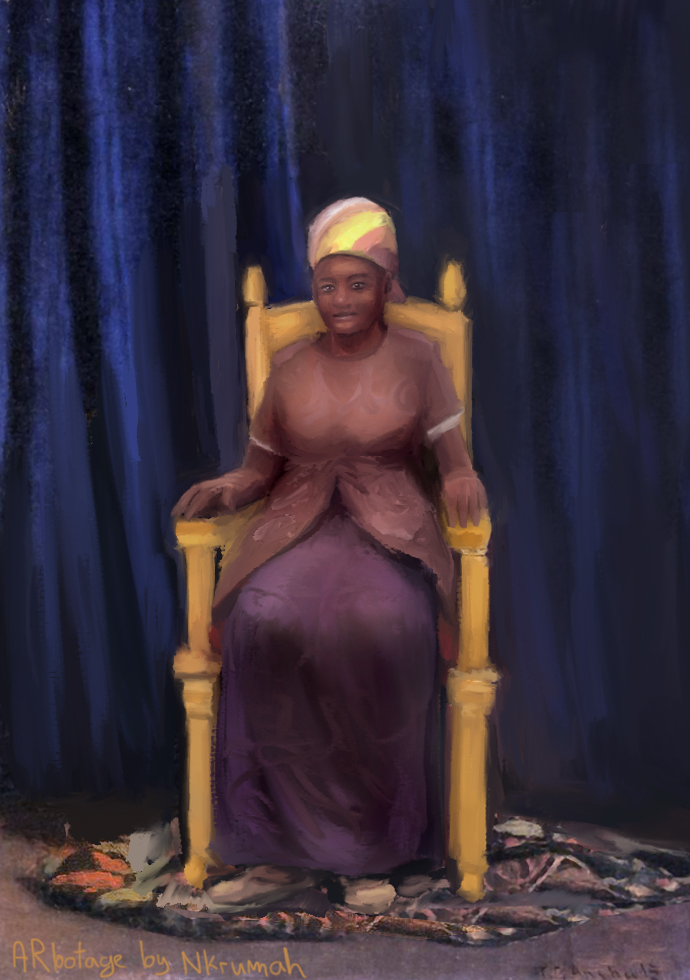 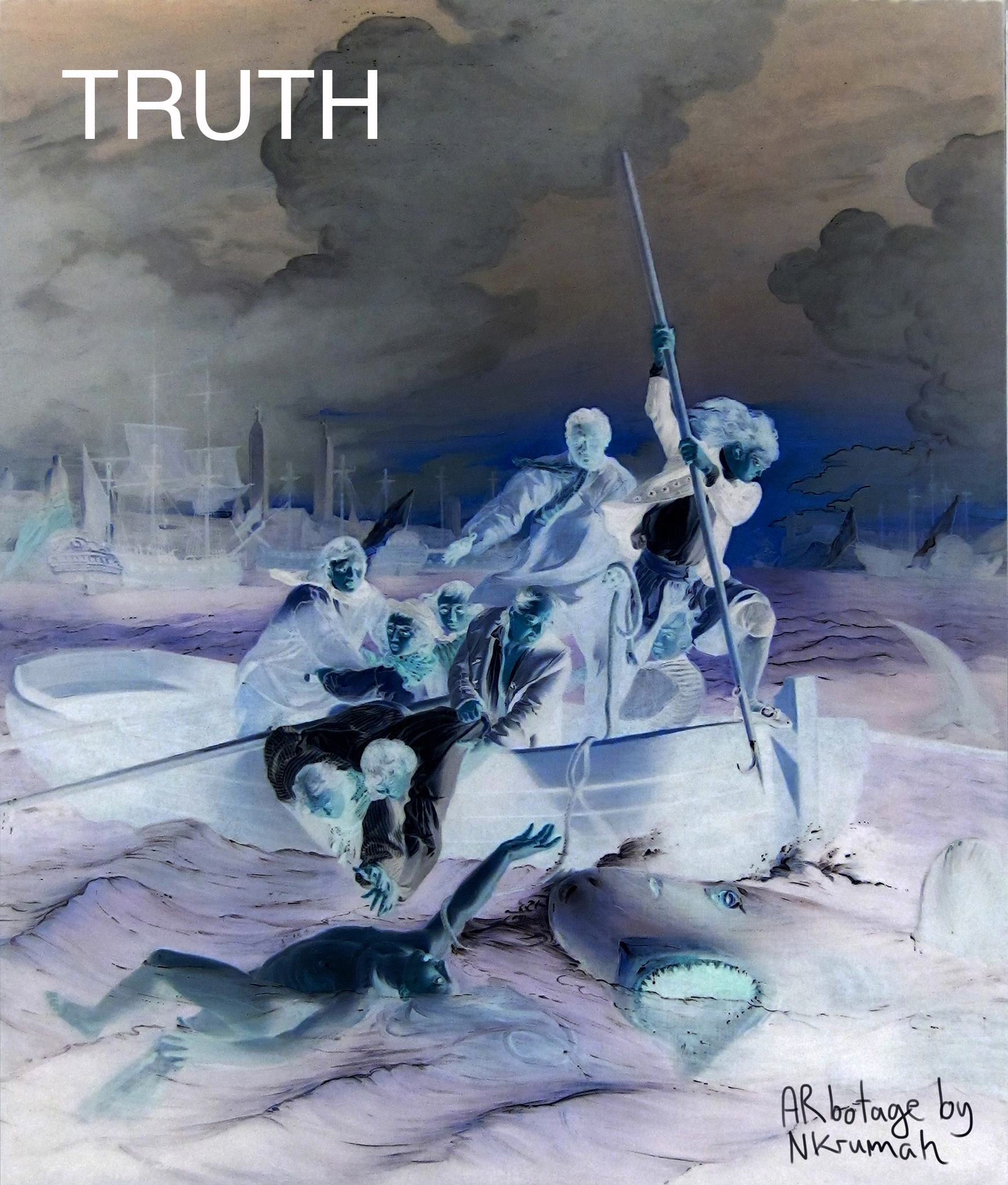 The Arbotage was about perspectives and freedom.