The ARbotage project has led to significant notice within the scope of Museums in Germany.
The debate about the role of museums as a profiteer of cultural theft and colonial dominance has started a movement of self-reflection and rethinking, at least within the walls of ethnological museums, where the displacement of the cultural artefact is most apparent.
Besides the urgent demand for restitution, the discourse has also branched into the scope of curation and the question of who is the target audience of museums in Germany.
After taking notice of the uncommissioned Arbotage, the diversity managers of the Rauthenstrauch-Joest-Museum contacted me to request a proposal for rethinking and transforming the current exhibit 'Der verstellte Blick'. This was a ten-year-old special exhibit that dealt with racism and colonial thinking patterns strongly connected with every collection of an ethnological museum.
The current exhibit was initially set up in a way that didn't consider the feelings of Black people and PoCs. The oversized colonial quotes have been located at 3-4 m height on the walls of a container, creating a landmark of colonialism. The interior of the 'container' has been filled with multi-media content like projections, sounds and other quotes leaving only fragmented text blocks to decompose the colonial statements and artefacts. Although this was established in "goodwill" a decade ago, the effect has been harmful.
With the new progressive museum director Nanette Snoep and the diversity managers Carla de Andra Hurst and Aurora Rodono, there was a fresh and honest foundation for transformation. Especially noticing the many schoolchildren walking into the museum every day was a key motivation for me to intervene.
For the new exhibition, I have created two large paintings (width of 8 m) that brought back the presence of the black people living at the beginning of the 20th century and their thoughts and voices. Everything was connected with the memories of the museum and the human interaction within. The fight for justice of the Herero and Nama, as well as the Berlin movement of decolonising street names, have been some aspects that have been exposed within the walls of the RJM. Therefore, I wanted to reveal them within the scope of the collection.
A light installation within the interior showed "perspectives" by filtering the colours of the multi-colour wall paintings. The recorded voices of Carla de Andrade Hurst, Bebero Lehman, Matos Kaumba and Donia Touglo created a personal environment to witness the conversation.
To sum it up, this was an intense, personal and authentic experience that revealed many important things to me.
I am thankful for this experience. 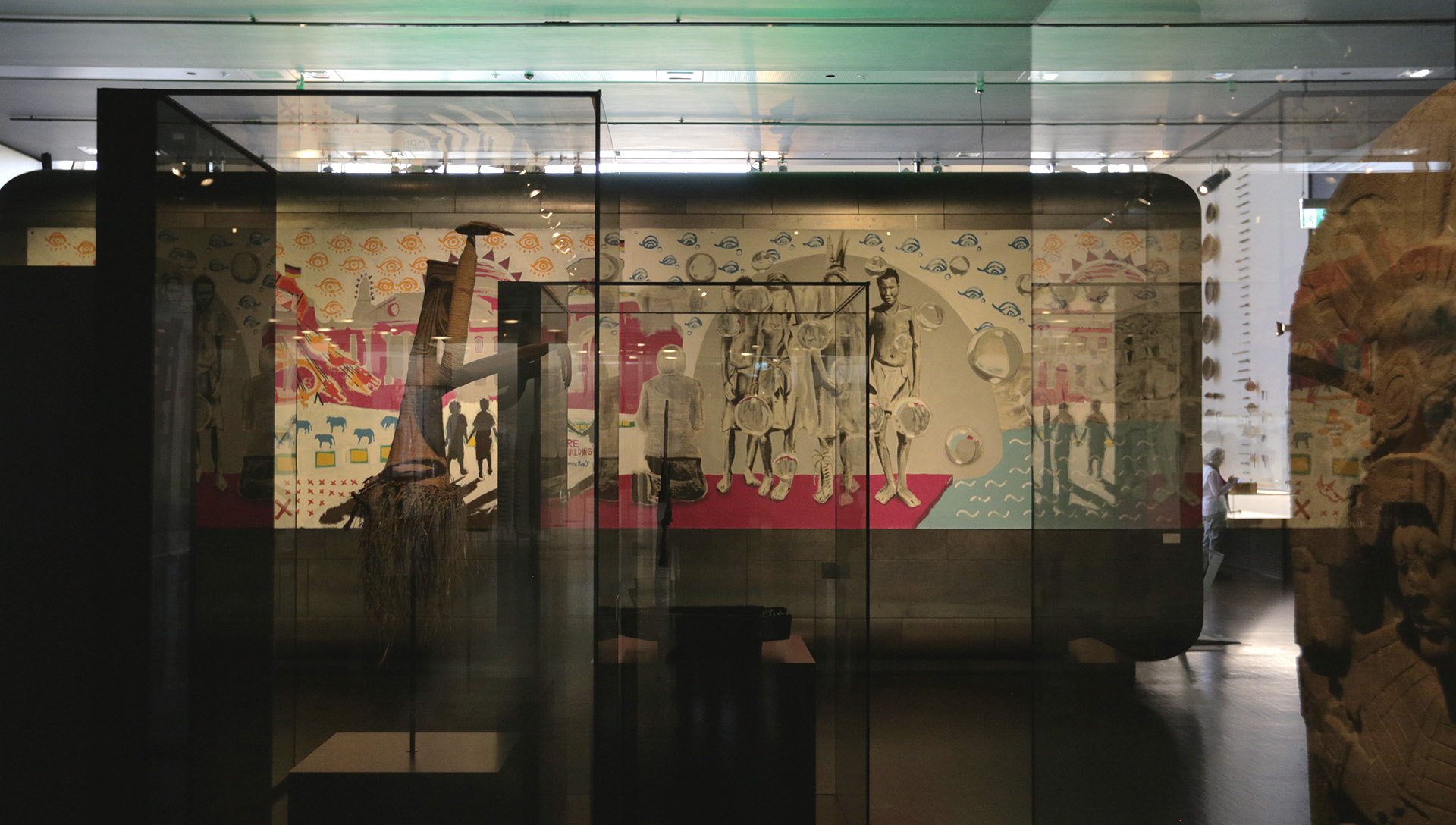 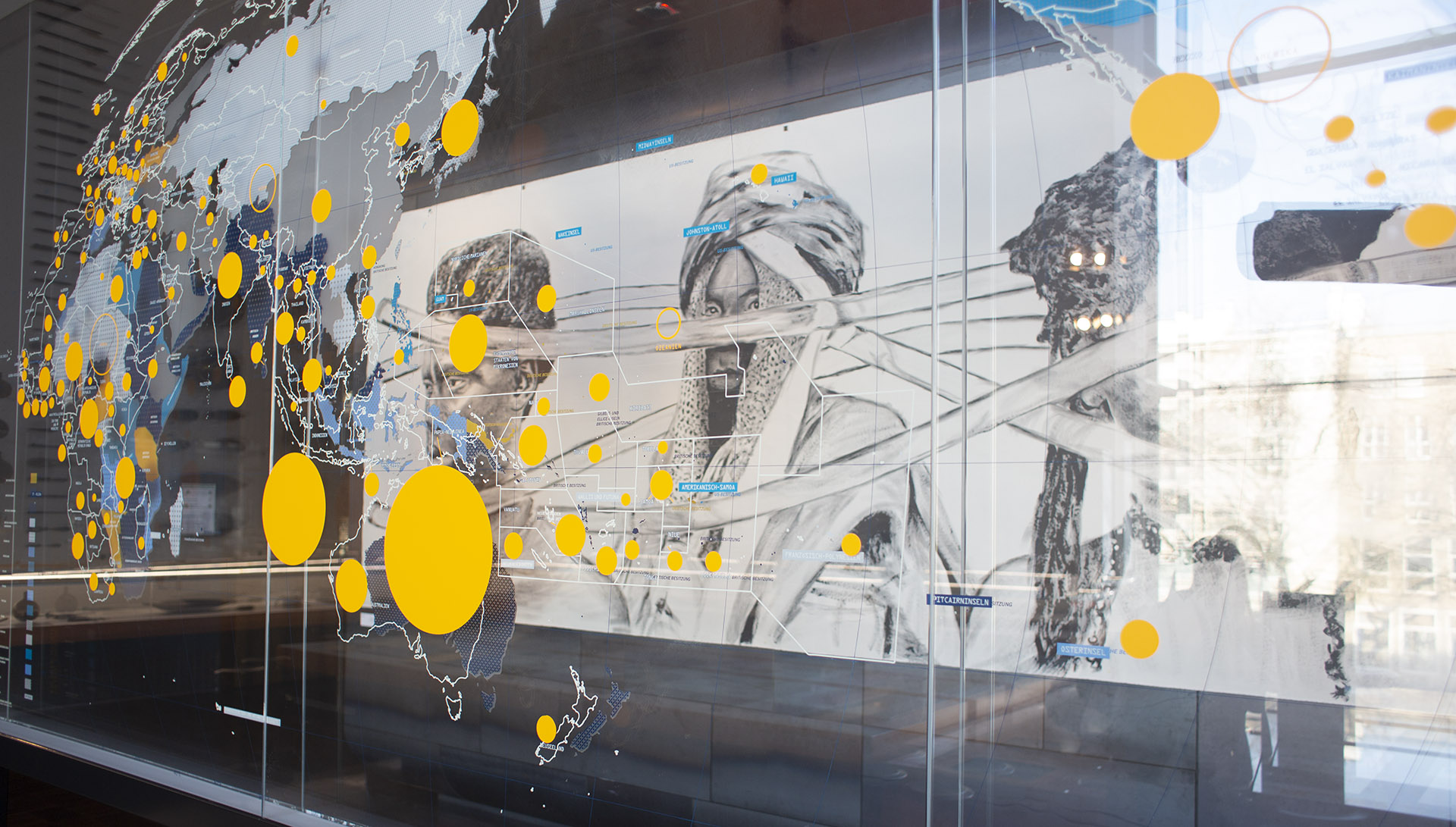 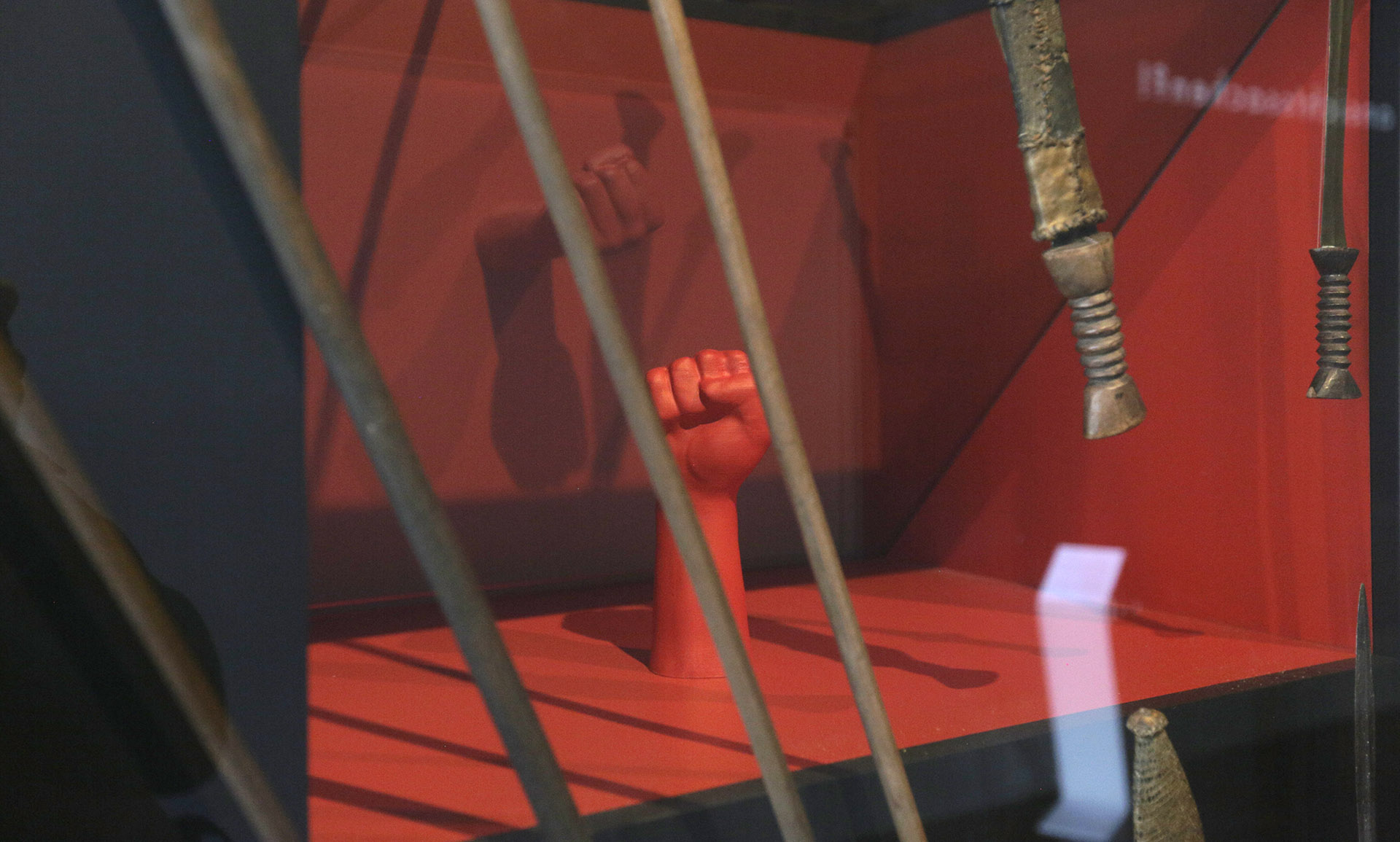 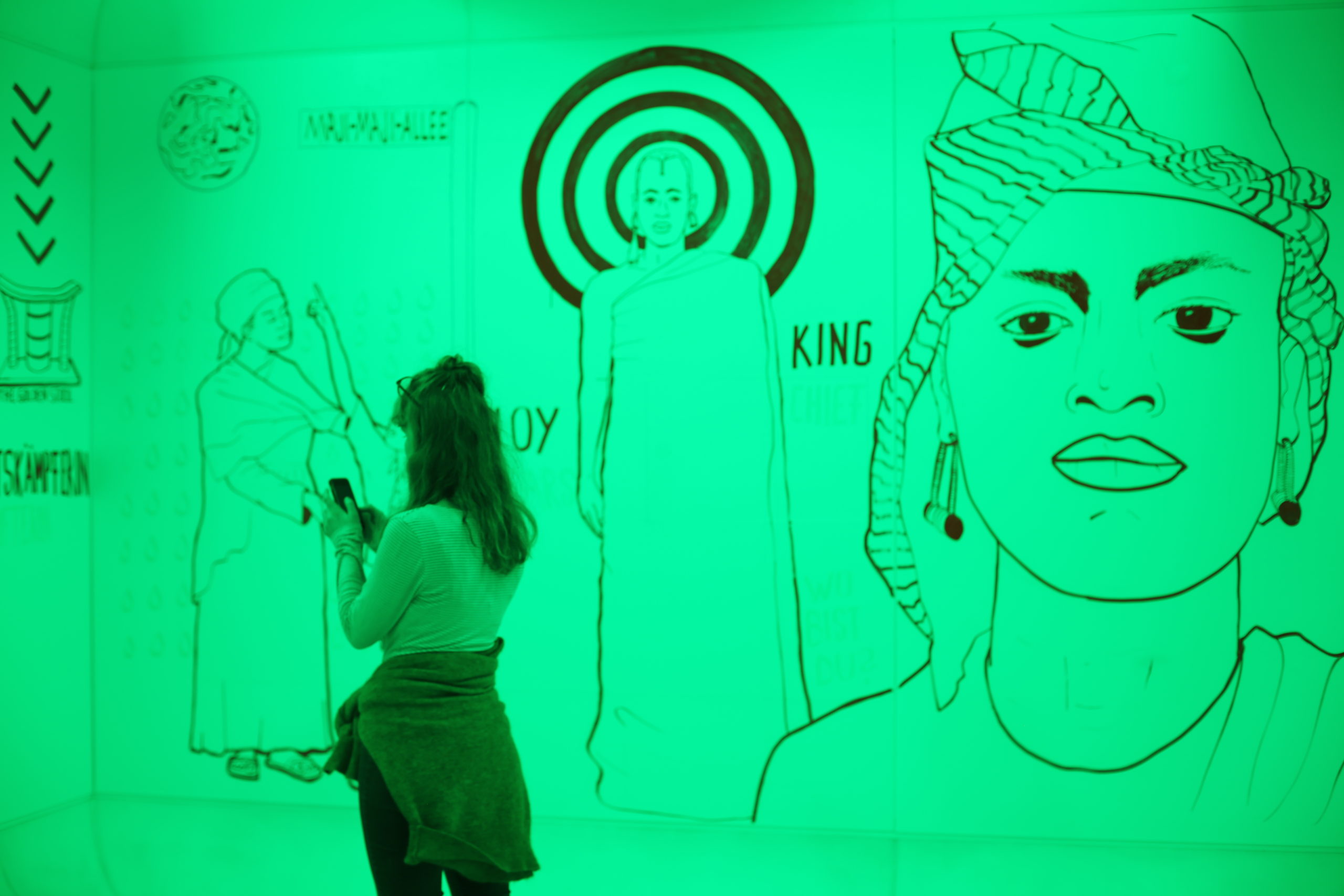 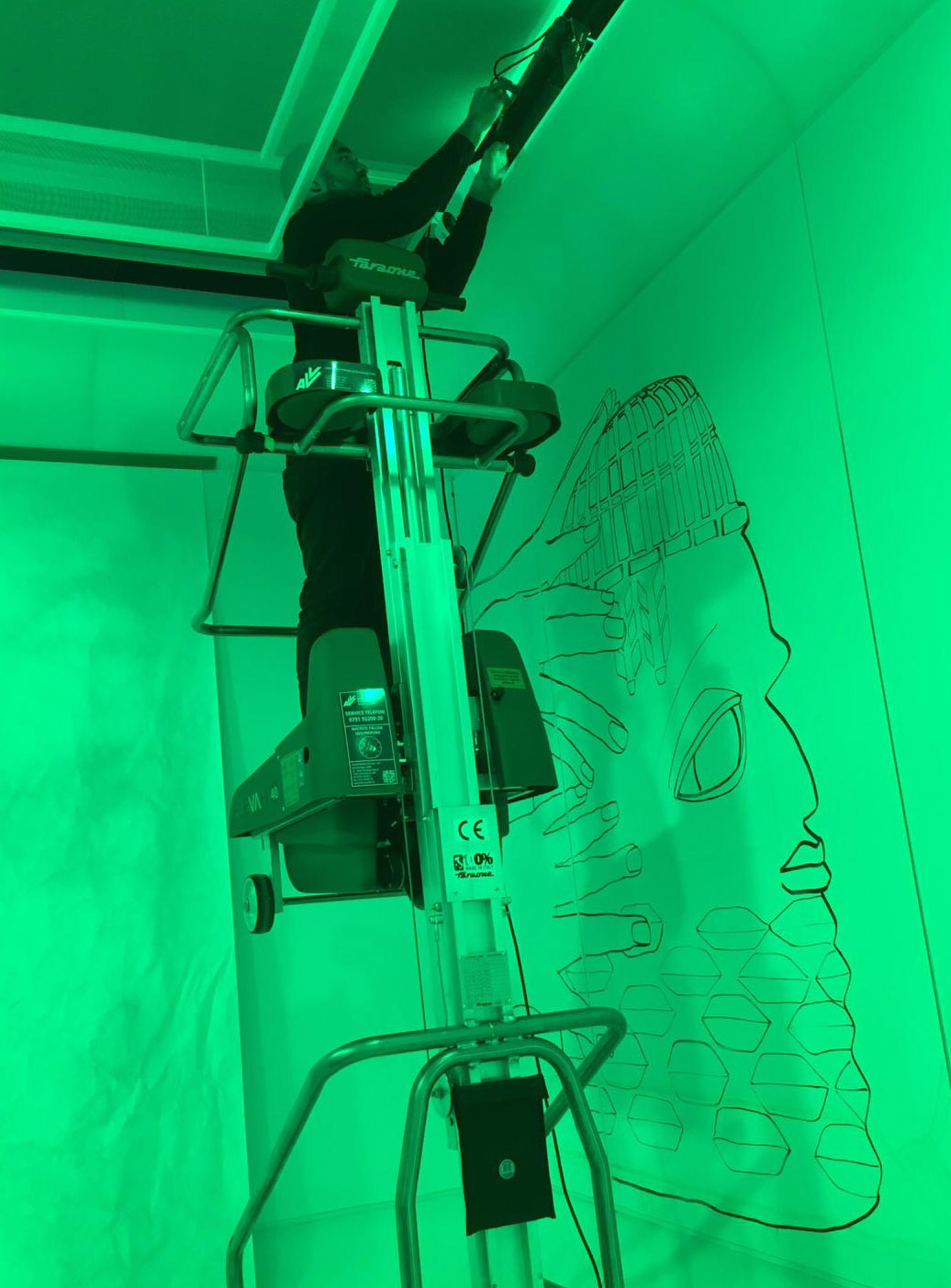 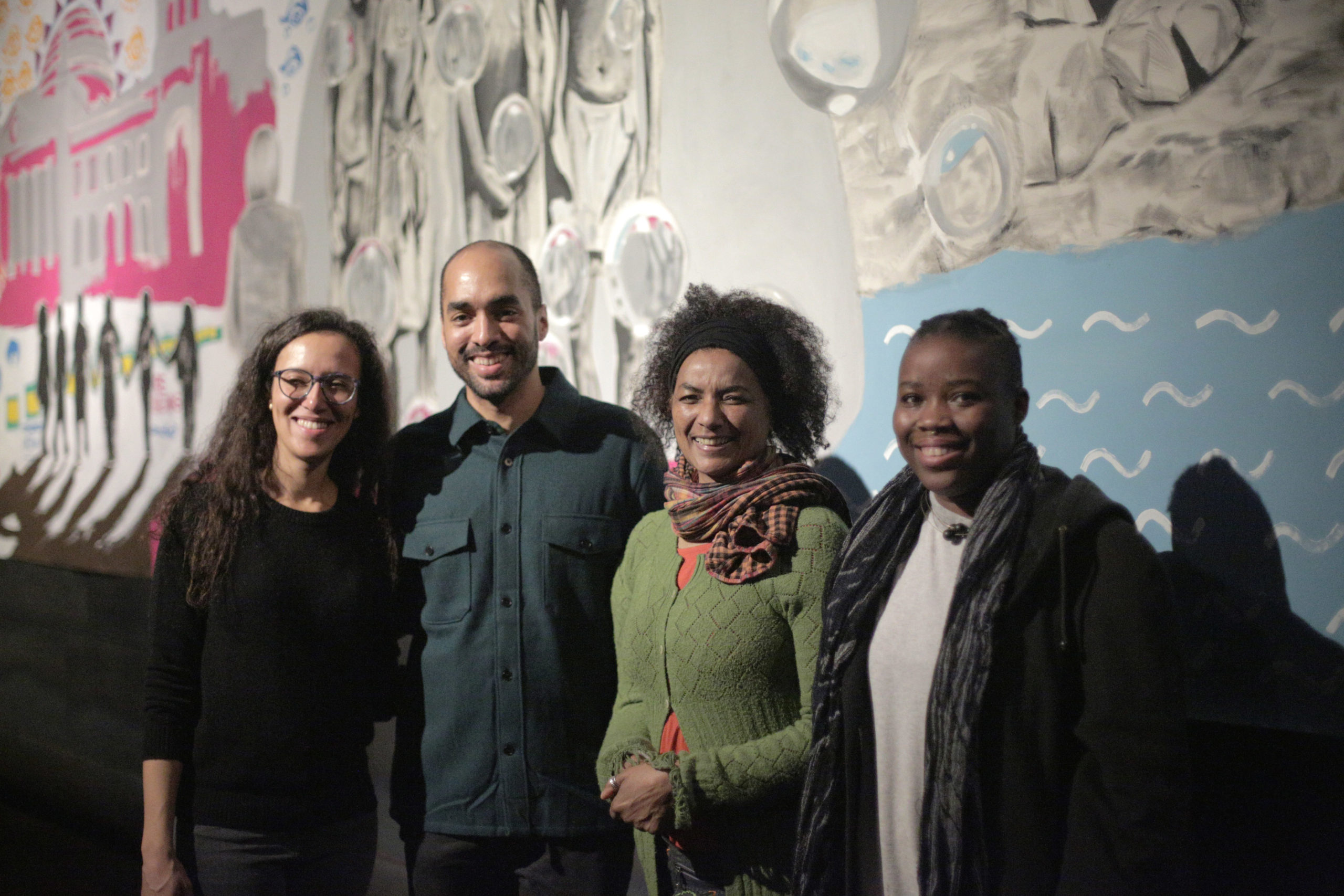 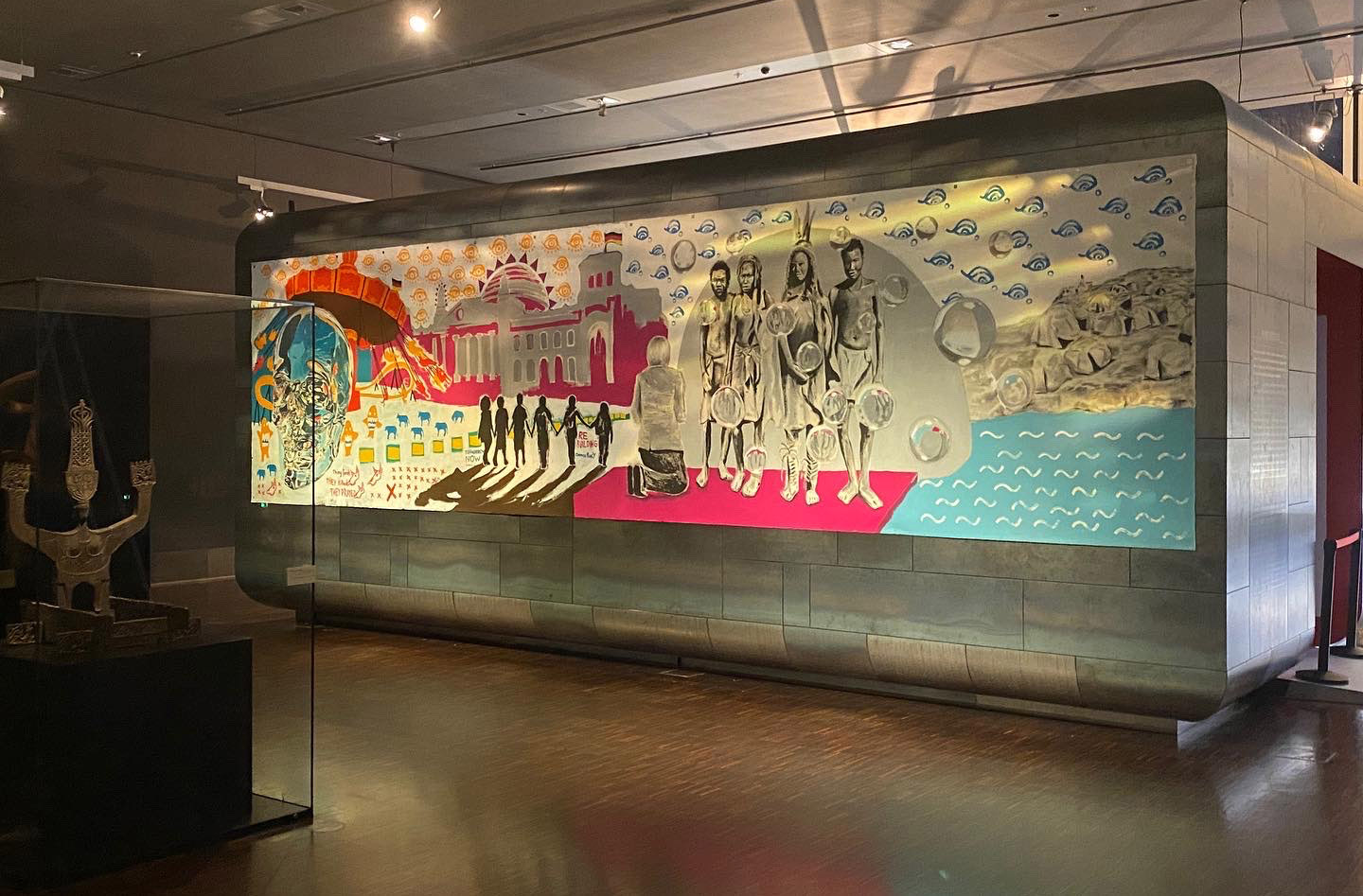 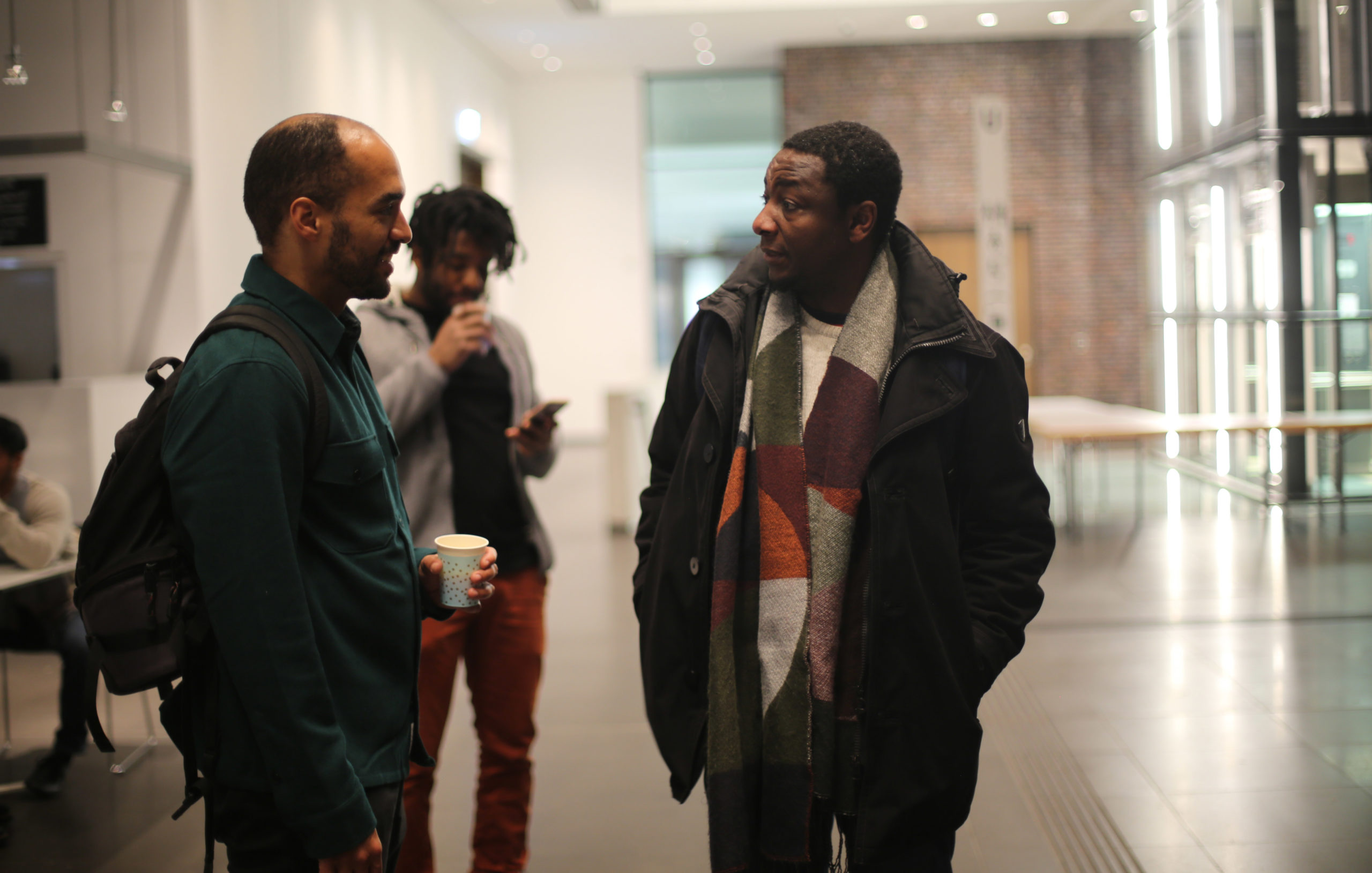